We double-dog dare you to find a day of the year when there’s not something exciting happening in downtown OKC. Live music, art openings, festivals and fundraisers fill up our calendars every week and we’ve listed a few here. Come out and play!   Courtesy of  downtownokc.com

click here for more info
Made of 1.4 million feet of recycled lobster-fishing rope, and painted with 350 gallons of terra cotta colored paint, “Terra” will weave its way through the center section of Campbell Park, located at NW 11th and Broadway

click here for more info
This unique series will feature artwork from local and regional artists that have been inspired by Jane Vincent Taylor’s poems.

“Works by Regina Murphy: Celebrating 94 Years of a Life Filled with Love, Art and More”

“Faberge: Jeweler to the Tsars”

click here for more info
More than 230 rare and storied treasures created by the House of Fabergé will be celebrated in a new exhibition at the Oklahoma City Museum of Art.

Summer Movie Fun at Harkins Theatre: “How to Train Your Dragon 2”

click here for more info
In an all-new show, Ringling Bros. and Barnum & Bailey® Presents LEGENDS unveils the unbelievable to Children Of All Ages™.

Help us release thousands of polka-dotted hungry helpers in our Conservatory so they can chow down on pests that are bugging our plants! Lady bugs will be available for release on a first come, first-served basis.

Film at OKCMOA: “The Wolfpack”

click here for more info
5:30 and 8 p.m. showings; The Wolfpack centers on six brothers who, along with their younger sister, were raised on welfare in a messy four-bedroom apartment in Lower Manhattan.

H&8th Night Market is a monthly, family- and pet-friendly street festival built around a lineup of the city’s top gourmet food trucks and live music on the last Friday of each month from 7-11pm. There is no cost to attend.

An amazing running event, a 3 hour open tasting of delicious local craft beer, live music, tons of drinking games, and all the good times you can handle.

Lower Bricktown Live on the Green

Live Music at Toby Keith’s I Love This Bar & Grill

click here for more info
Made of 1.4 million feet of recycled lobster-fishing rope, and painted with 350 gallons of terra cotta colored paint, “Terra” will weave its way through the center section of Campbell Park, located at NW 11th and Broadway

click here for more info
This unique series will feature artwork from local and regional artists that have been inspired by Jane Vincent Taylor’s poems.

“Works by Regina Murphy: Celebrating 94 Years of a Life Filled with Love, Art and More”

“Faberge: Jeweler to the Tsars”

click here for more info
More than 230 rare and storied treasures created by the House of Fabergé will be celebrated in a new exhibition at the Oklahoma City Museum of Art.

click here for more info
In an all-new show, Ringling Bros. and Barnum & Bailey® Presents LEGENDS unveils the unbelievable to Children Of All Ages™.

Film at OKCMOA: “The Wolfpack”

click here for more info
5:30 and 8 p.m. showings; The Wolfpack centers on six brothers who, along with their younger sister, were raised on welfare in a messy four-bedroom apartment in Lower Manhattan.

click here for more info
This race begins with a 500m flat-water kayak or, new for 2015, a stand up paddleboard race on the water, then moves to the Oklahoma River Trails for a 5k run. The challenge includes youth and adult racing. Kayaks and PFDs will be provided on race day.

click here for more info
Groups of 10 or 20 can sign up to race local and regional teams in this unique event in Oklahoma City. Bring your group of friends, family, or coworkers together for some fun on the water! No experience necessary;

Stop by to hear about the plans for the future and GREAT deals on food, drink and merchandise!

Live Music at Toby Keith’s I Love This Bar & Grill 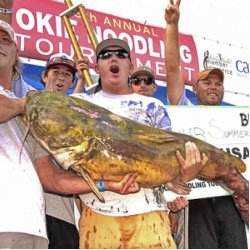 Tournament.  Noodling has recently been the subject of articles, books and documentaries, and you can see what all the fuss is about at this exciting event. Contestants will scour area rivers and lakes using their bare hands to wrangle the biggest catfish in the state and bring them back to the festival.  Witness as huge live flathead catfish are brought in to compete for bragging rights and the prizes in categories including big fish, top female and 18 and under.

Karyn Seabrooke, with Key Realty and Property Management, just SOLD a Multi-Unit portfolio here in Oklahoma City, next to the Plaza District. 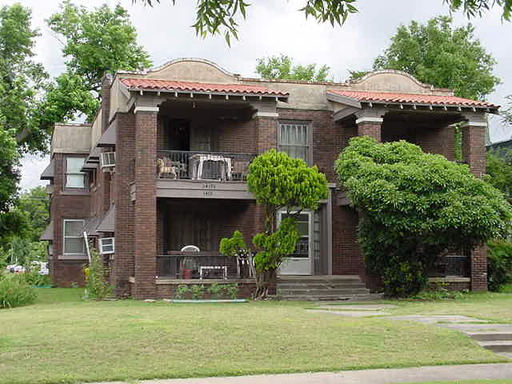 The buyers are local buyers and they also hired Karyn and her Management Team to manage the portfolio for them.

If you are thinking of purchasing Income Properties in the OKC metro area, give Karyn a call.

Karyn has personally owned and managed some 2,000 units over the past 17 years in the Oklahoma City Real Estate Market. From new construction to managing “renovation projects” Karyn and her staff can handle all aspects of your purchase through to managing your investment.

From our friends at #HomeAdvisor

From our friends at Del Mar Fans & Lighting 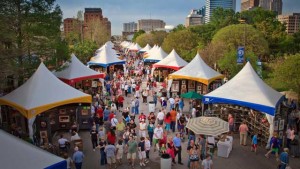