Only Three US Cities Have Good Jobs, Affordable Housing, and High Quality of Life

When looking for a place to live and to invest, people are generally looking for three things: affordability, a strong economy, and good quality of life. Most US cities can only claim excellence in one of these areas. A dozen cities specialize in two. But if you truly want it all, you only have three choices.

And they’re all in the Midwest.

That’s the finding of Josh Lehner at the Oregon Office of Economic Analysis, who explored what’s being called the “housing trilemma”—the idea that due to the housing crisis, Americans have to make big tradeoffs in deciding where to live. Lehner looked at the 100 largest metropolitan areas in the country, comparing them for quality of life, affordability and economic strength across several metrics using Census data and several other indicators.

According to his data (which you can see here), if you want a city that excels in all three, you have just three choices:

In fact, only 15 cities got high marks in two categories, most of them focused in quality of life. But if it’s most important for you to live in a place with good quality of life and economic strength, you’ll pay more to live there. In fact, this is usually what eventually drives those cities off this Venn diagram, as Lehner explains. Cities that become too desirable become too expensive:

The reason these trade-offs exist is mostly, but not entirely, due to market forces. People want to live in cities with a strong economy and high quality of life. Increased demand for housing leads to higher prices and lower affordability. Nice places to live get their housing costs bid up due to strong demand. The opposite is true as well. Regions with under performing economies and a lower quality of life do have better affordability.

San Francisco, of course, is the quintessential example of a city that has a huge affordability problem that’s keeping people out, even as it remains a great place to live with job growth that’s exploding.

But look at another place that is slowly edging off this chart: Portland, Oregon, which has been celebrated for its quality of life and strong job growth, but in the last few years the city has become way less affordable. Portland is also a unique case in that it has very, very low vacancy rate, which makes it harder for renters to find affordable places to live.

The solution to move more US cities into that sweet spot with Des Moines, Omaha, and OKC is the same one you’ve been hearing throughout the housing crisis: Build more housing.

For more information on Investment Property in Oklahoma City, contact Karyn Seabrooke at

Ranch House and 25 Acres for Sale in Yukon 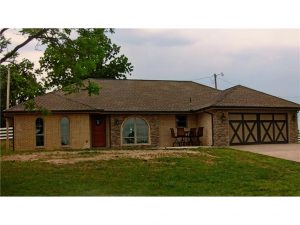